Rock Park was left in perpetuity as a Charitable Trust to the Mayor and Aldermen of Barnstaple Corporation, their heirs and successors, by William Rock.

Bestowed by Victorian benefactor William Rock, this expansive park was opened with great public celebration. The grand obelisk at its entrance honours the opening in August of 1879. Ruined cottages, a factory and its yard, and an old limekiln were demolished in order to make way for the park and the ‘wide and noisome beach and water courses’ as they were at the time described, were tidied and drained.

Sited in the park is the town’s war memorial and a Millennium Stone dating from 1930. This was the year that the town celebrated 1000 years as a borough on the basis of an alleged Charter from King Athelstan in 930. As part of those celebrations swimming baths and a boating lake were constructed within the park, sadly these are no longer in situ.

Today the Park is owned by Barnstaple Town Council and managed by the Rock Park Trust Management Committee. The other parks in Barnstaple are managed by North Devon Council. 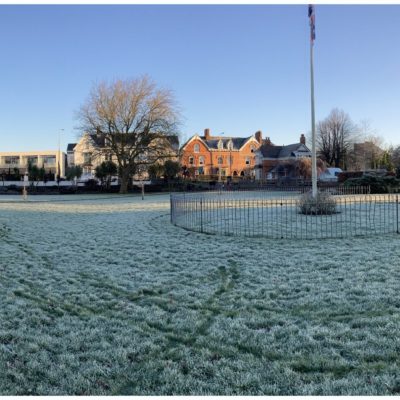 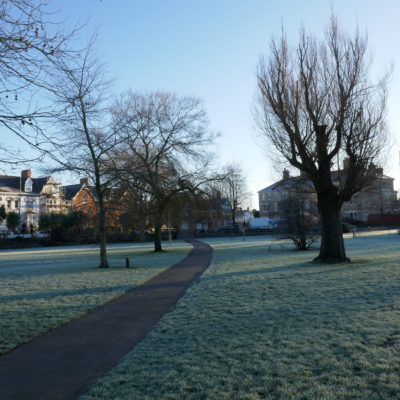 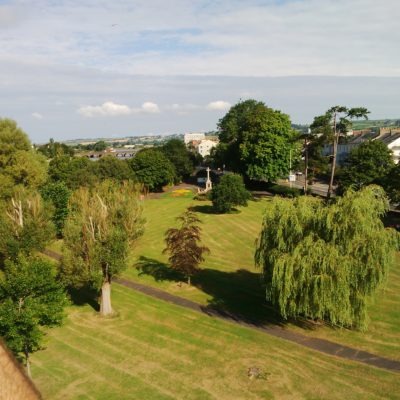 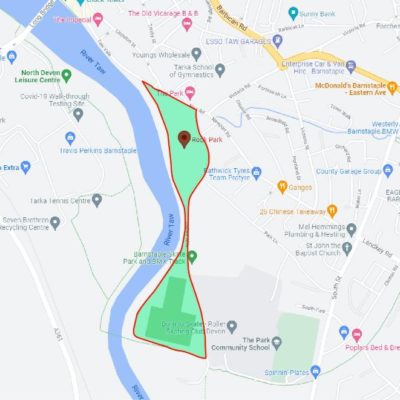 If you wish to use Rock Park for an event.

Please fill out The Rock Park Application Form via the button below and return to the Town Council at admin@barnstapletowncouncil.gov.uk.

Please note: To apply for larger events such as Fairs, Circus’s or Inflatables we would like to hear from you before you apply.

Our Conditions Of Hire Can be found at the bottom of the page.

We have several memorial benches in Rock Park as well as commemorative trees and plaques and this is something that you can enquire about with us. We are currently updating our Memorials and Commemorations policy covering memorial benches and trees and these will be available in due course. Please contact us via Admin@Barnstapletowncouncil.gov.ukor the Contact Us Form to find out more.

These files may not be suitable for users of assistive technology and are in the following formats: .doc. .pdf. Request an accessible format.

To book or enquire – email Admin@barnstapletowncouncil.gov.uk
Or fill out the form: