The event is attended by Civic dignitaries, representatives of the armed forces, other groups within the military and the public to lay wreaths and a member of the Town Band plays the last post. The Civic Party is led by a bagpiper and they march from Ladies Mile the War Memorial in Rock Park and after the service there they march to the Dias on Taw Vale for the salute before marching to the Parish Church, St Peter’s for the Remembrance Service.

Remembrance Day has been observed since the end of the First World War to remember armed forces members who have died in the line of duty. Following a tradition inaugurated by King George V in 1919, The day is also marked by war remembrances in many non-Commonwealth countries. In most countries, Remembrance Day is observed on 11 November to recall the end of First World War hostilities. Hostilities formally ended “at the 11th hour of the 11th day of the 11th month” of 1918, in accordance with the armistice signed by representatives of Germany and the Entente between 5:12 and 5:20 that morning. 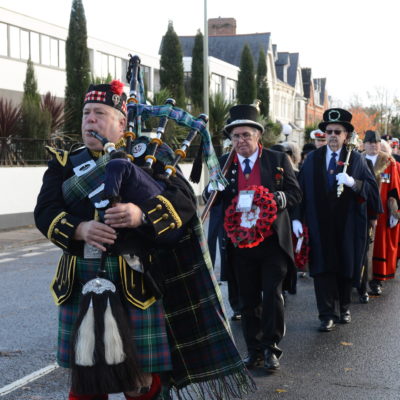 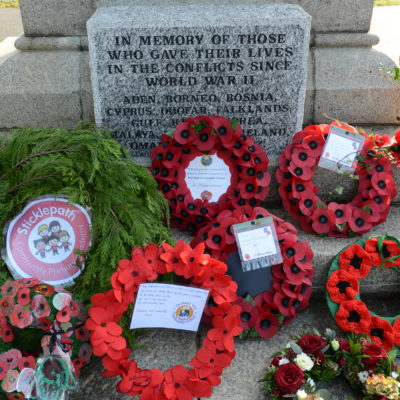 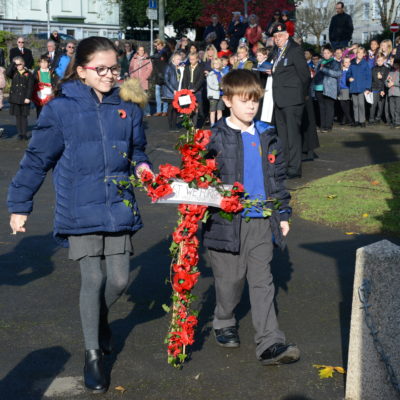 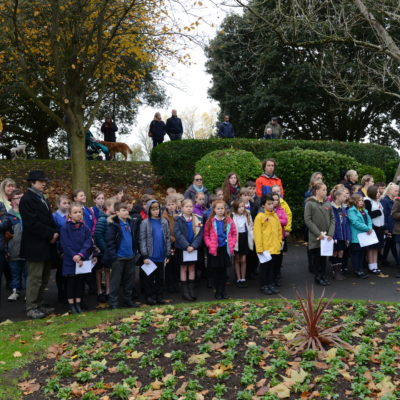 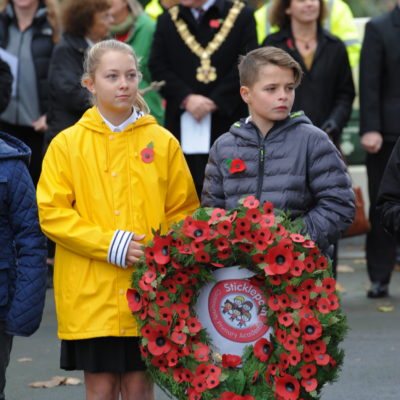 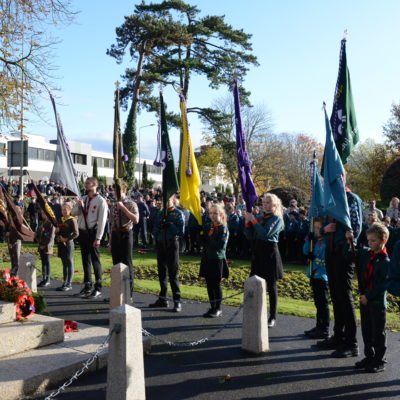 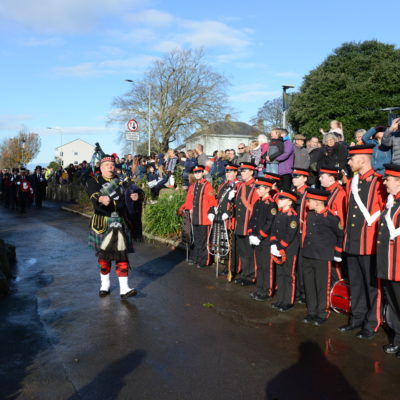 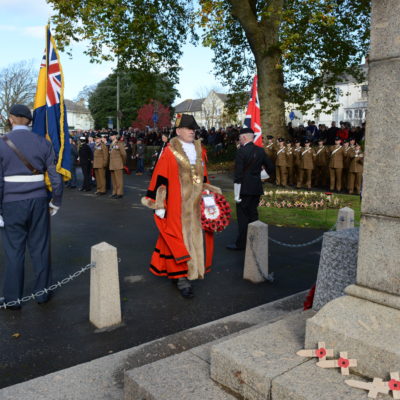 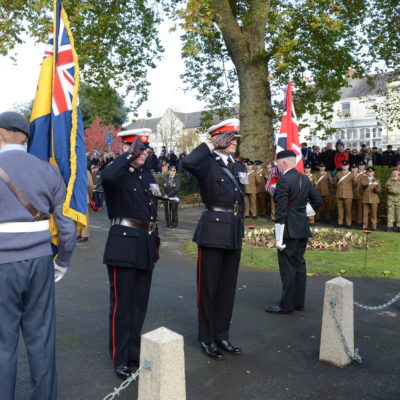