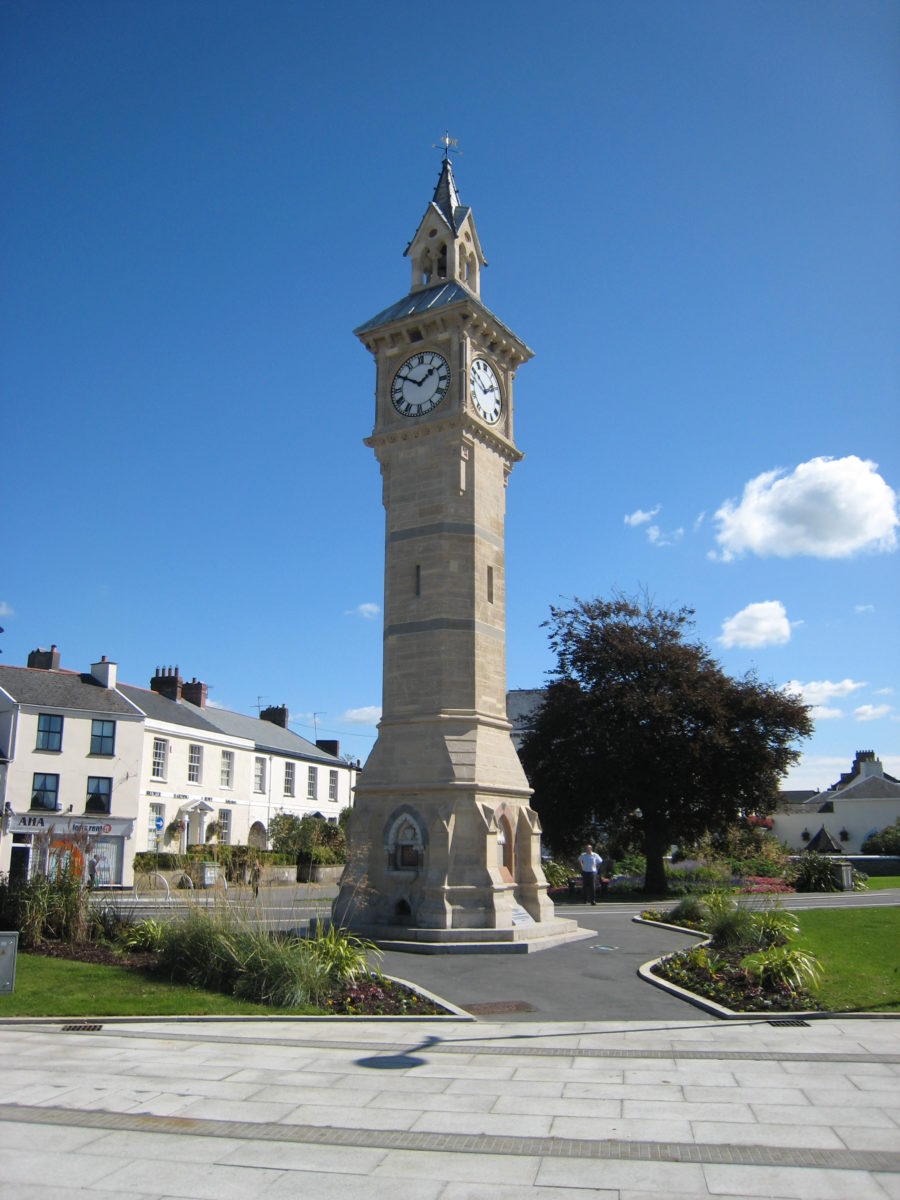 On the 14th of December 1861 Prince Albert, consort to Queen Victoria, died at Windsor Castle, of typhoid fever. Victoria was overwhelmed with grief and remained in mourning for the rest of her life. All around the country communities decided to commemorate him, and many buildings and statues were erected in his memory.

Barnstaple decided to erect a tower, but various councillors suggested as the town had no public clock, it would be an ideal opportunity to include one in the design.

The build was to be paid for by public subscription. The subscription list was officially opened in April 1862 and, to the delight of the council, the money required was raised in a remarkably quick time.

The official opening ceremony of the Albert Clock Tower took place on Saturday December 13th 1862 – the anniversary of the death of Prince Albert.

The People Who Made It Happen

The town’s first borough surveyor, Gould spent his entire career working in and around Barnstaple, and at one point in the 1880’s, Barnstaple was nicknamed ‘Gould Town’ by the local press. A rough list of the buildings he designed which are still in use today include Bridge Buildings, Bridge Chambers, Taw Vale, the Congregational School Rooms, the Queen’s Theatre (then the Albert Hall), the Pannier Market and Butcher’s Row, Bath and Wash House (now Queen Anne’s Café), Ebberly Lawn, Rock Park and of course the Albert Clock.

John Pulsford is listed in a Barnstaple commercial directory for the year 1861 as a ‘builder, stone and marble mason and general contractor, cemetery stone and marble works.’ He often worked with R D Gould and was involved in the restoration works on St Anne’s Chapel, when it was the Grammar School.

His business was at Ebberly Terrace in Bear Street.

John Bryant was born in 1814 in Wiveliscombe in Somerset. Together with his brother William, he worked on many projects in and around the town. The Bryant family had their successful stone mason and building business on the corner of Bear Street in Barnstaple.

Charles Ford was a highly respected and successful clock and watch maker in Barnstaple. His business was based at number 89 High Street. None of the clock faces were ever synchronized, which led to it becoming known locally in the years that followed as the four faced liar.

Robert Chichester Esq. of Hall estate, Bishop’s Tawton, was a respected and acknowledged expert of bells and bell ringing. He had been heavily involved in choosing the bells for several churches including Braunton Church and Pilton Church.

In 1852 he decided to stand as MP for Barnstaple. However, after winning the seat – together with Richard Bremridge – they were found guilty of bribery and corruption and the election was declared void. He stood again and was selected legally in 1857.

He gave the drinking fountain on the base of the Albert Clock in 1862.

John Norrington was Mayor of Barnstaple in 1861 when Prince Albert died, and was the main instigator of the decision to erect the clock tower.

He laid the foundation stone on June 16th 1862 to great fanfare, and although he had ceased to be mayor by the time it was officially opened, it was the wishes of the subscribers that he should have the honour of starting the pendulum at the opening ceremony that December. 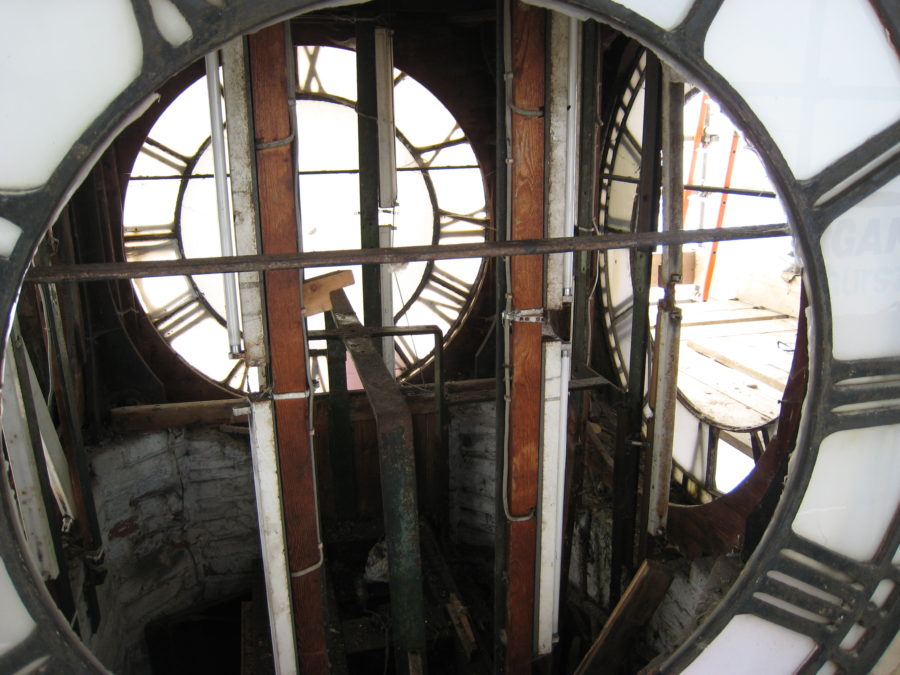 In 2009, the Albert Clock was the subject of major conservation works and the centre of a wider ranging Barnstaple Town Council project, financed in the main by a grant from the Heritage Lottery Fund.

Structural works to the tower included the complete removal and repair of the clock faces and the conversion from a manual winding mechanism to an automated one, bringing to an end the need to climb the internal stairs each week to reset the time. In addition to this, the tower and its furniture were given a thorough clean which included the re-gilding of the clock faces and renovation of the weathervane and bell.

Barnstaple Town Council had stipulated to contractors that three of the clock’s faces continue to tell slightly the wrong times, thus continuing the Albert Clock’s traditional reputation as the ‘Four-Faced Liar’.

The clock face still has its original cast iron hands and face, which has been restored with 22 carat gold. The glass surface behind the hands has been replaced with a type of acrylic, which will be more hard-wearing.

The project’s total costs of £245,000 also included the redevelopment of the town’s Heritage Trail and the design and implementation of an accompanying education and events programme that sought to engage the community with Barnstaple’s rich and extensive wider heritage. A number of local schools were involved in the programme which saw a varied range of cross curricular activities that included music, art, poetry and drama workshops and provided opportunities for the resultant work to be performed at public events around the town. 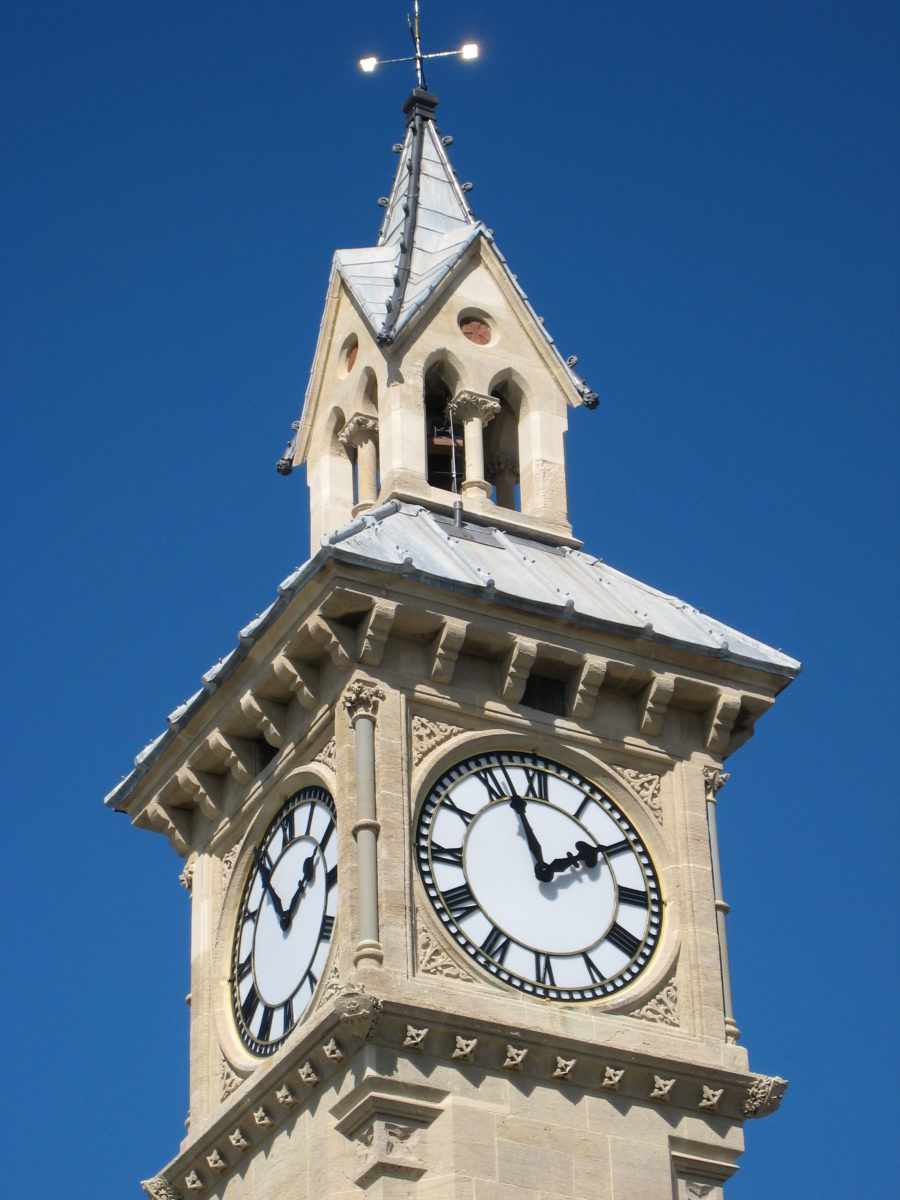 Silent memory, how it was.

I tell a time, different each face,

The grass green, the fountain high,

Each face different, not a lie.

I am of course, your four faced liar.

Poem written by Charlotte Bater, as part of the Albert Clock Heritage Project 2009.

Albert Wants to Support Your Charity

Do you have a charity event that would benefit from support from Albert? Albert can help to raise awareness of your event by lighting his face, it can be one colour in particular or he can be lit in multi-colours. We will also help promote your charity by sharing any posts on Facebook explaining why Albert is lit up.

Please contact us to discuss what Albert can do to support you.