Collections In Our Care 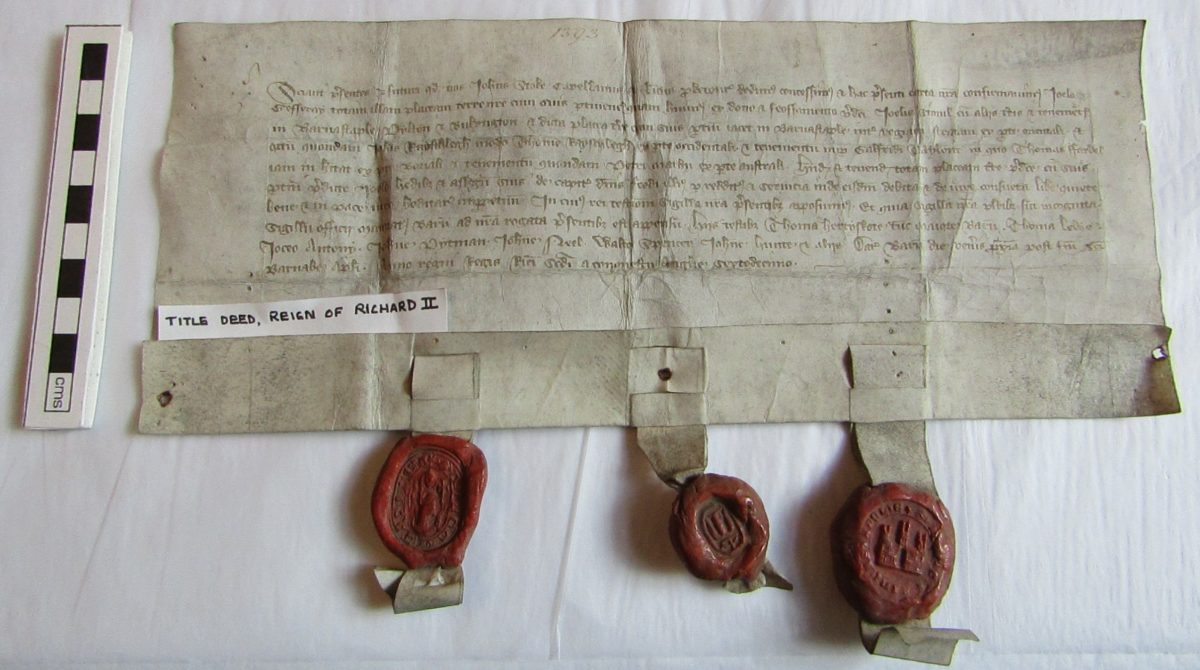 Barnstaple Town Council collects and cares for over 500 objects relating to Barnstaple’s past.

These items range in date from as early as the 14th Century to the present day and cover decorative arts, social history, civic history and much more.

Significant parts of the collection include:

In this section we would like to share with you an object chosen by our heritage team.

This month’s selection is:

Did you know that the original charters are housed in the North Devon Records Office which is situated in the Barnstaple Library, alongside the North Devon Athenaeum. Why not contact them to book a viewing?

Offers to the Collection

Barnstaple Town Council welcomes offers of objects relating to Barnstaple for the collection. Resources are limited so we are unable to accept everything that is offered, especially large items. Our Collection Development Policy is currently being reviewed and will be made available when it has been considered by Council.

If you wish to make an offer, it is best to contact us before bringing the item in.

The majority of items from the collection can be viewed by appointment. To make an appointment please contact our heritage team.
Barnstaple Town Council welcomes research enquiries about its collections; however it is unable to carry out in-depth research on an individual’s or organisation’s behalf. Our heritage team is instead happy to assist and encourage researchers to use the collections and facilities available at the Barnstaple Guildhall.

Please contact the heritage team with your enquiry and a member of staff will be able to advise on items that may be of interest.

The Museum of Barnstaple and North Devon is happy to look at objects for identification, and hold regular “Finds Day”. It is best to contact the museum directly before taking the item in.