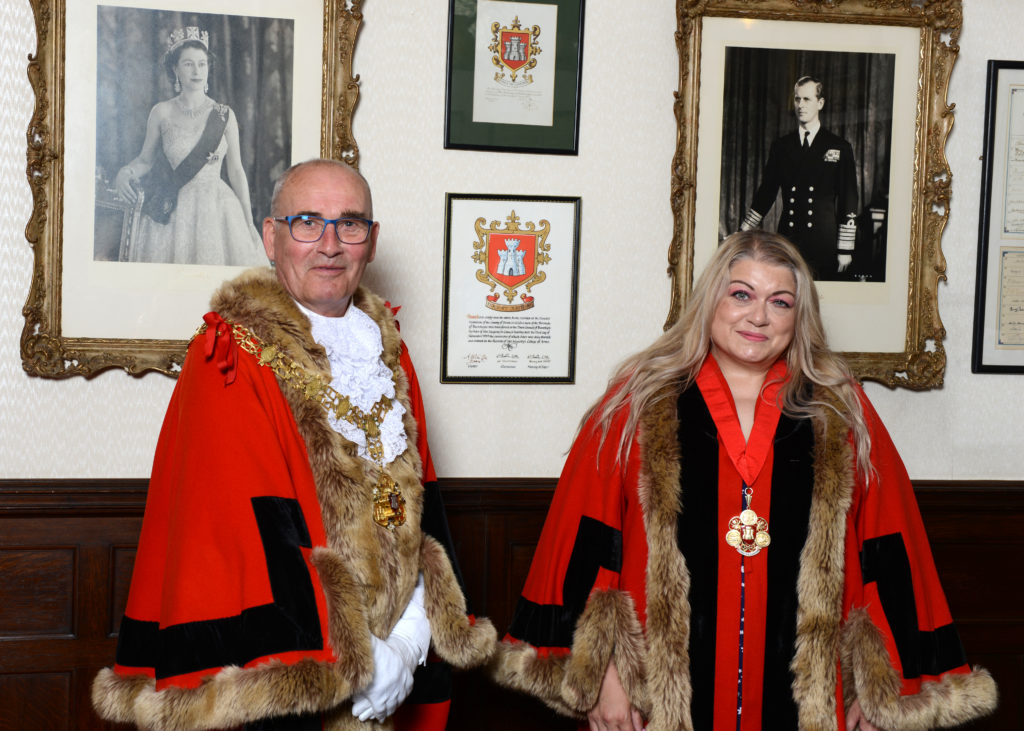 Date
19/05/2022
Mayor Making
The Mayor Making ceremony is one of a relatively small number of occasions each year when the Council processes with full insignia.

What is Mayor Making?

When the Mayor has been elected the new Mayor receives the robe and chain of office from the previous Mayor at the same time the Mayoress or Mayor’s Escort also receive their insignia.

The new Mayor makes a speech outlining the way in which they intend to carry out their mayoral duties. The outgoing Mayor also makes a speech, reviewing the highlights of their year in office, before the Annual Meeting is adjourned.

The meeting is followed by a reception for civic dignitaries and the Mayor’s guests. The Annual Meeting, with its formal and routine business, continues on the following evening.